The “Plus Size” Dictionary

In trying to challenge or converse with our culture through words, we think it’s important to focus on the words themselves.  The Semiotics of Fat-ery. What follows is a selection of terms we’ve heard directed at us, with a quick insight into how your “p.c.” word really makes us feel.

Fat
Naomi: The non-p.c. term.
Elle: The term that’s sometimes called the “F” word for a reason; it’s definitely profane in its own way.

Obese
Naomi: The doctor’s favorite word.
Elle: The term that, more than anything else, makes me feel like a part of a despicable, separate part of society, a passive pawn in the “epidemic” with no voice of my own. It’s a clinical term, one that is startling when applied to you, one that says, yes, OFFICIALLY, you are different.*

Overweight
Naomi: Overweight just seems so obvious a term, but “overweight” compared to what standards? The range for my height on the BMI chart is 107-140.

Heavy
Elle: Being called this somehow solidifies the fear in my mind that if I get to be married one day, I will never be able to be “carried across the threshold.” Or any other cutesy image you have of being picked up by a significant other.  It defines me by the extra weight I carry, not the person underneath it.
Naomi:  I am terrified to be lifted.. Furthermore, to touch on what Elle said, I am Jewish and  there is a tradition during bar/bat mitzvah’s and weddings where we are lifted up on chair in the air. It’s a tradition – and I love that tradition – but it gives me heavy anxiety that my family members and friends will not be able to lift me. 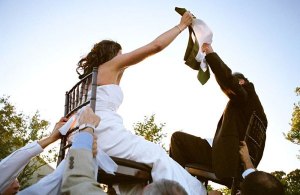 Big-boned
Naomi: This one I don’t have too much of a problem with this one; I used at as an excuse in middle school. “I am not fat; I am just big-boned.”
Elle: I, on the other hand, consider this derogatory when someone else applies it to me, like it’s focusing on a different term for my ailment; I am aware that someone is trying to be politically correct when using it.  It’s the equivalent of calling a short person “vertically challenged.” Or talking about an ugly person by saying she has a great personality.

Large/Extra-large
Elle: If “medium” is average, you are not only above that, you are extra not that.  Congratulations on feeling awesome when you pull this size on.

Plus-size
Elle: There are normal sizes and normal shapes…then there’s you.
Naomi: Plus size to me is a very sensitive subject but i’ll sum up my feeling by simply saying “segregation”

Curvy
Elle: The term that’s supposed to fool you into thinking your rolls are sexy.
Naomi: I actually like the word curvy; it doesn’t really give me a feeling of displeasure like the others do. That being said, I may have boobs, but baby does not have back.

Big
Elle: Usually used in this context: “She’s a big girl.”  Everyone knows you’re not talking about my age or my height.  Also, if I was “normal,” you usually wouldn’t say, “She’s a thin/fit/in-shape/normal girl.”  But you feel the need to call attention to it.

Thick
Elle: Think of a big, huge, tree that nobody can get their arms around.  Yeah, that’s what I imagine when you call me this. Sturdy, unmoveable, impossible to pick up.
Naomi: Thick just reminds me of rap lyrics; I don’t mind it.

Husky
Elle: This is a type of dog.  Please don’t call me this.
Naomi: Reminds me of a Weeds episode; Isabelle Hodes was the spokesperson for Huskeroos.

“Today’s” woman:
Naomi: This one is personal to me because it’s like a slight dig at women in general. It’s like “yesterday’s women” were skinny but “today’s women” have to shop in this other section.

Anything ending with the suffix -er
Elle: Well, this just tells me that I should compare myself to others, that my worth is determine by standards set by someone else.  No, thanks.

*In discussing “obesity,” I am not saying that the term is inherently wrong and nothing else.  No, being obese is unhealthy and something I”m working on getting away from.  However, we just wanted to briefly make clear how we feel about these words when they’re used in reference to us or people like us.

(This list obviously doesn’t include the intentionally derogatory, teasing words and phrases that bullies and assholes say.)

Don't be shy. We want to talk to you, too. "Weigh in" on the Conversation: Cancel reply

EMAIL US: Have a conversation topic? A question? A private comment? A humorous anecdote? A desire to give us a million dollars? Let us know.

People in the Conversation